(Bar open in Church Hall for beer, wine, and real coffee.
Nell was Chapel Sessions first Artist back in May 2013 and she sure set the bar high for all that followed. She has since toured extensively, written and recorded prolifically and somehow found the time to become a mother and BBC Radio 2 presenter!
If you saw Nell at Chapel Sessions the first time round you will know what a great live performer she is. If you didn’t you don’t want to miss this rare opportunity to see and hear a truly talented writer, singer and performer. She is going to showcase her new album, Bloom, in a stripped back Session with just Nell and her keyboard player – singing, playing and chatting about her songs and her songwriting.
A darling of BBC Radio 2, Nell Bryden has become a listeners’ favourite in recent years for her powerful, soaring vocals and accomplished songwriting. After a career that has seen many ups and downs, she is to many the true definition of musical independence, dedicating her life to touring and producing material full of integrity and truth. Born in Brooklyn, Bryden was surrounded by music from a young age. Her mother was a dedicated classical soprano and her father an artist, which would help her understand the commitment needed to succeed in the industry. Inspired by the likes of Janis Joplin and Jimi Hendrix, the singer’s career beginnings saw her dabble in various genres, from jazz, to classical and opera, always seeing music as a passport to take her where she needed to be. Her self-funded album What Does it Take found the support of Bob Harris and Janice Long on BBC Radio 2, which would mark the start of fruitful relationship. Follow-up record Shake the Tree consequently saw its lead single ‘Buildings and Treetops’ go straight onto the station’s A-list, and earned praise for its lyrical depth, setting Bryden aside from her peers. In 2012 she released her emotive single ‘Sirens’, a song based on her experiences living in New York during the tragic aftermath of 9/11. Take That star Gary Barlow was such a big fan of the work that he asked her to open for him on tour, and after previous concerts supporting Jools Holland and Chris Rea, Bryden was once again able to showcase her talent to a whole new set of fans. Such was the popularity of ‘Sirens’, superstar Cher covered it for inclusion on her 2013 album Closer to the Truth.
Tickets: £14.50 when booked in advance online.

The acoustically acclaimed Chapel at Royal Victoria Country Park, is currently closed whilst undergoing major refurbishment works so join us at one of our new venues St. Edwards Church, Grange Rd, Netley, Southampton, Hampshire SO31 5FF. 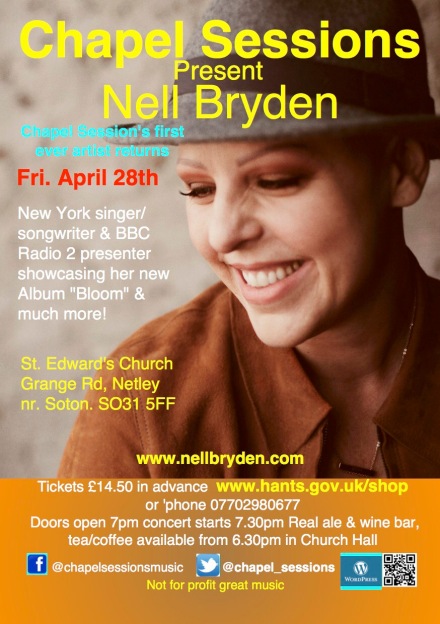 It is with great pleasure that we can announce the return of world renowned fingerstyle guitarist Andrea  Valerio from Tuscany on Friday 8th September St Edwards Church, Grange Road, Netley Abbey SO31 5FF. Tickets will be available on Hantsweb online shop. He played to a full house last September. Follow Chapel Sessions Facebook https://www.facebook.com/pages/Chapel-Sessions/666935356676398 & Twitter @chapel_sessions 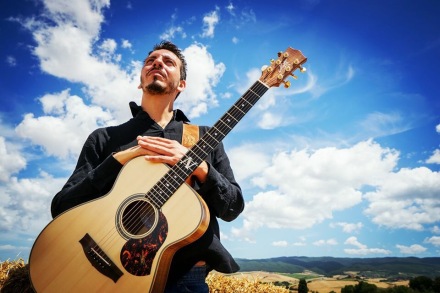